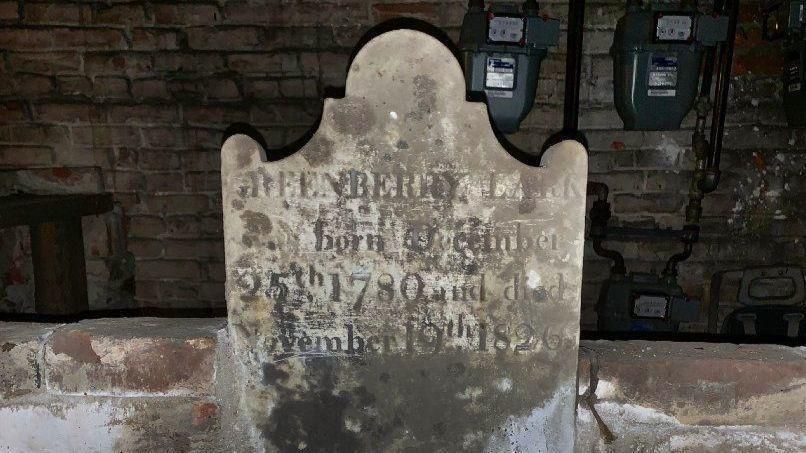 Circa 1820: "Personal" Belongings Left Behind. Literally.

and other interesting home inspection tales

Inspecting older, historical homes is a particular professional passion of mine.

There’s almost always a charming relic, legacy, or quirk to be uncovered when prodding about the nooks and crannies of a 200+ year-old home. These discoveries make the job really interesting and satisfy the untapped, somewhat nosy archaeologist inside me.

Recently, a farmhouse near Pomfret, VT well “lived” up to this notion. I generally start the interior portions of the inspection in the basement, so right out of the gate I got a surprise as I stooped down under the low clearance among its packed dirt foundation. The potential buyer, having rented the property for some time already, hunkered down with me to raise a few points of concern.

“There’s the old coal chute over there,” he waved towards a particularly dark corner. Another expanse of dusty shelves still housing ancient mason jars was for “the preserves and pickled stuff I guess,” he explained. The previous occupants had also left several rotting Philco freezers from the 50’s which would need to be disposed of.  A dried out cistern was also present, and I immediate thought of victim Catherine Martin from The Silence of the Lambs. Luckily, my client did not resemble Jame Gumb physically or mentally, nor did he drive a van.

And with one last sweeping gesture towards yet another tucked away hidey-hole of historical wonder, he proclaimed, “and there’s Aurilla.”

And sure enough, there “she” was. I guess? At least, as far as the upright headstone marker would indicate.

The prospective buyer went on to tell me how in the early 1800’s, town records could show that Ms. Aurilla was indeed a part of the original homesteading family. The age on the grave indicated that she died young and most likely died during childbirth. How she ended up in the basement is somewhat of a mystery but since the headstone indicated a winter-time death, all indications pointed to frozen soil problems outside. The basement was the only ‘dig-able’ surface until Spring. They must have just never gotten around to moving her outside after the thaw.

At least that’s what I put in the report before I moved along in my process. I was sure there were still plenty more issues to uncover in this home. The buyer was somewhat surprised at my interested, yet un-phased reaction to all of this. Little did he know that this was not my first encounter with a gravestone in the basement. I inspected a home back in 2016 in Goshen, New Hampshire with a flat grave marker in the cellar. You may have also heard about the one that was discovered in Bridgewater, Mass. That one made the news.

You never know what, or even who, you might discover during a home inspection!

NOTE: I’m a meticulous home inspector, but I was not going to ACTUALLY verify that anyone was indeed laying at rest eternally in the basement.

**I’ve submitted this tale to my other fellow home inspector comrades. Some of these are really humorous for EVERYONE! Check them out:

Twin State Inspections, LLC is here to help you through the Home Inspection process.