Winter is Coming!
Don't get Decked by Bad Construction and Disrepair 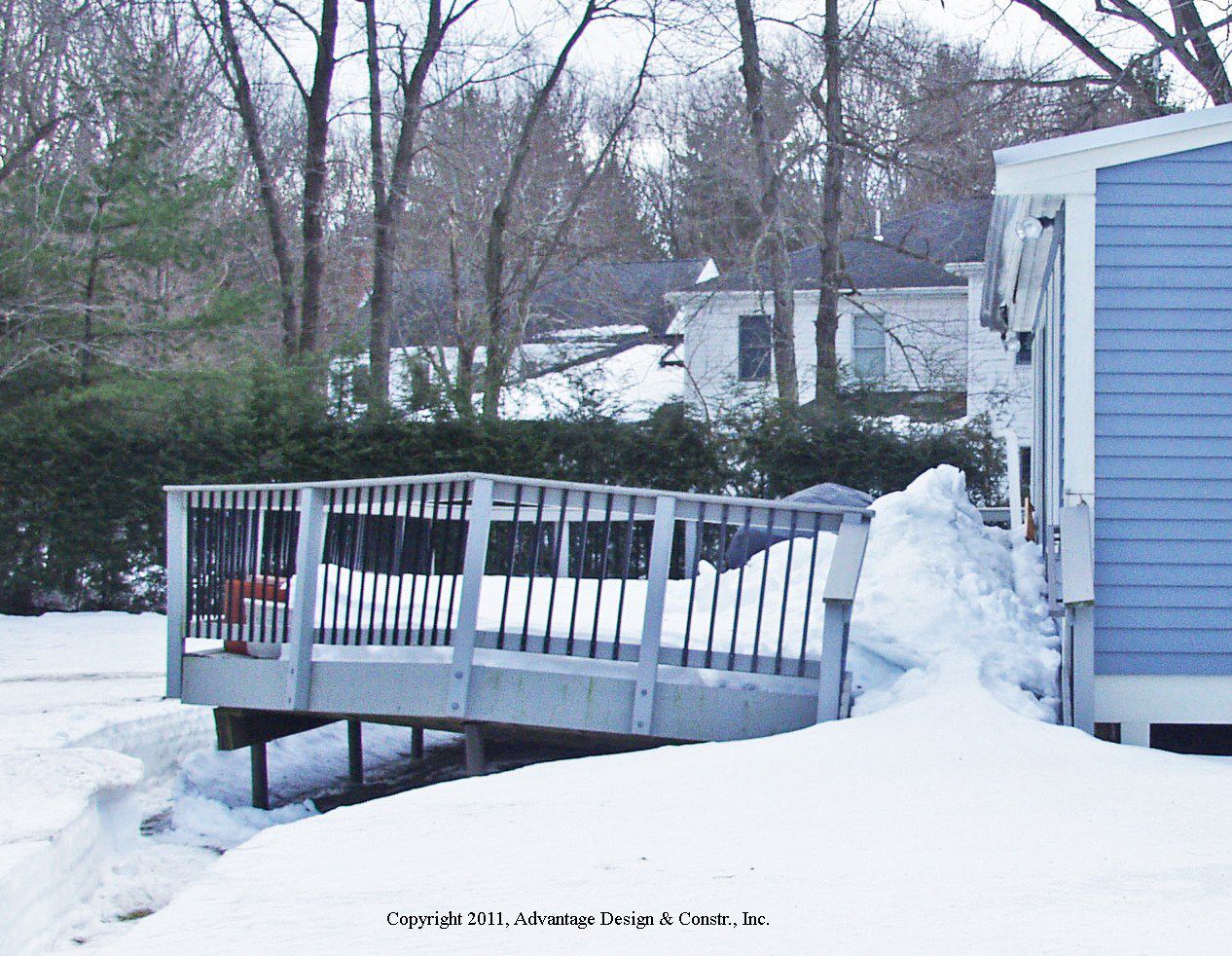 Weighing in on your Deck
Building for Appropriate Weather Conditions

Oh the weather outside is frightful, but the……..wait. NO. NO it is NOT.   It is still AUGUST and we shall have to face those frights soon enough.   So why are we talking about frightful weather?  Most of us enjoy being outside.  Not freezing!  Sitting on my deck.  I LOVE MY DECK.  In fact, I’ve been thinking about ways to expand my current deck.

Because non-frightful weather seasons in New England is the time to build.  And oh how we do so love to cram construction projects into our delightful, albeit brief, summer months. I don’t want to think about SNOW and ICE and SLEET! I want to think about my dream deck!

Well, so do we… but it’s important to look at the big picture in this case.

“I often find a lot of owners want to cut corners when constructing or repairing deck structures (deck, porches, balconies, etc.) by neglecting code requirements or working without permits, among other things,” says Richard Driscoll, Consulting Engineer specializing in Structural and Foundation Engineering.

We sat down with Richard recently, when the summer temps were sufficiently scorching, to delve into the topic a little deeper.

And like most conversations in New England, this one eventually deviated to the weather. Specifically, the damage our extreme temperature changes and snow weight variations can cause on seemingly simplistic home features, like a deck, because they are considered accessory features.

Decks are required – generally by code – to support their own weight, plus at least 40 pounds per square foot (psf) in additional loads – from people, pets, furniture, and snow and ice. Many builders build to higher standards and frame their decks to support at least 60 psf—more than the design snow load for roofs in most states (you can find the ground snow load in your area by viewing this interactive ASCE-7 snow load map.

If you read the above paragraph and said “ohhh! I get it!”

2. Some other sort of engineer or mathematical savant.

ALLOW ME TO SUMMARIZE.

Hire a qualified contractor to build a deck. Yes, you can YouTube a tutorial. But it’s pretty important that the structure you plan on recreating on all summer adheres to these standards and codes at the VERY LEAST.

Why do I say very least? Because these codes were devised in West Virginia. Our snow loads in New England vary widely. It needs to be built correctly. To our weight variances. By a professional.

Second take away lesson: SHOVEL YOUR DECK (and your roof). Heavy load bearing snow can weaken the structural integrity. Especially when it’s holding weight is over psf standards for long periods of time. Its more than a tidy housekeeping chore. This is a safety implementation.

For any New Englander who dreams of sitting out amongst the stars on a balmy night in August….. lest you fall down and go boom.

For more insights and know-how from Richard Driscoll, including his own thoughts on deck safety, click here.

He also provides a wealth of knowledge on many other topics. WWW.RICHARDDRISCOLL.COM

Twin State Inspections, LLC is here to help you through the Home Inspection process.